These are awards that have been given to Linda for her work as a script consultant and for innovation in the film industry. 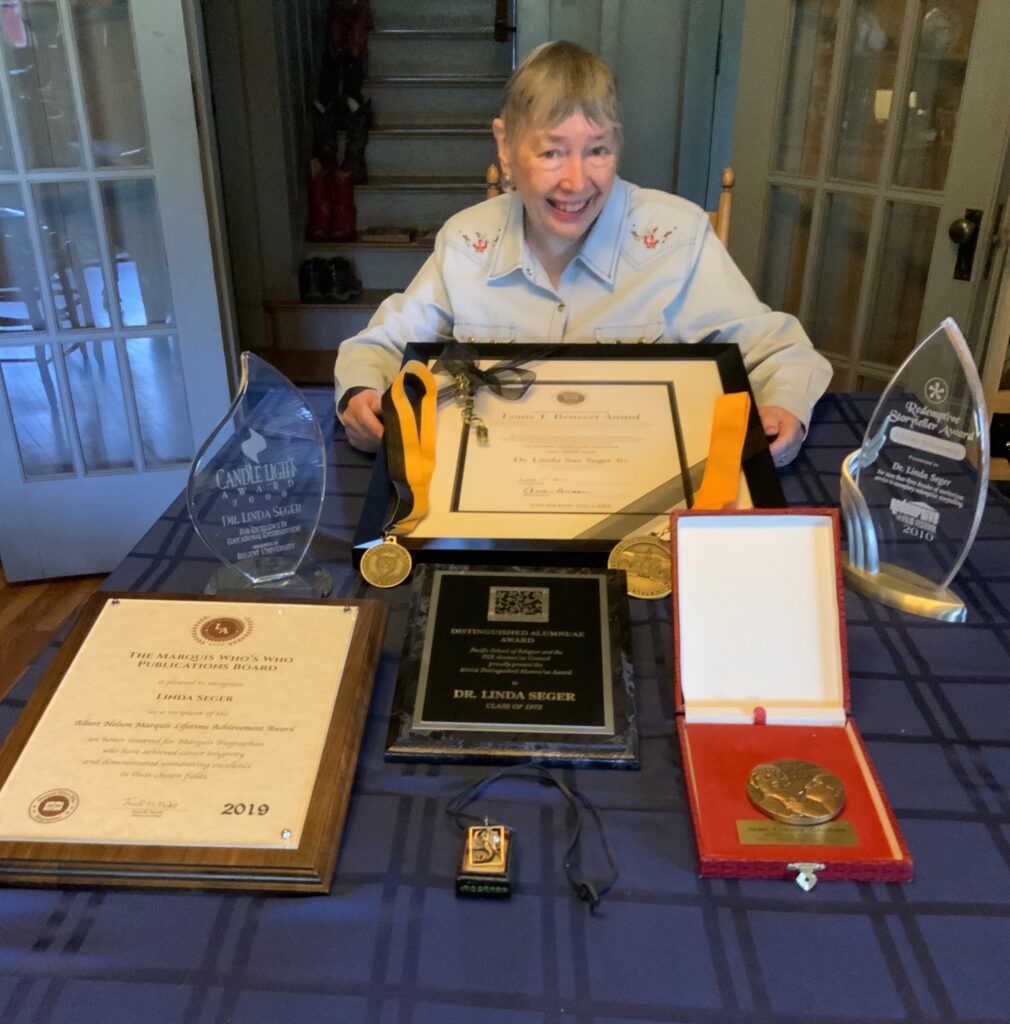 The Louis T. Benezet Award comes from Linda’s alma mater Colorado College, for innovation in the field of drama and theology. It was given to her at her 50th college reunion in 2017. The award is given to two people a year – the other person who received it in 2017 was from the class of 1980 and worked in social justice areas internationally.

Linda received the Candlelight Award in 2000 from Regent University for “being a light to the entertainment industry.”

Linda received the Redemptive Storyteller Lifetime Achievement Award from the  Redemptive Film Festival in 2010 for “more than three decades of meritorious service to exemplary redemptive storytelling,”

In 2019, Linda received the Albert Nelson Marquis Lifetime Achievement Award, given by the Marquis Who’s Who Publications Board for those who “have achieved career longevity and demonstrated unwavering excellence in their chosen field.”

In 2002, Linda received the Distinguished Alumni Award from Pacific School of Religion where she received her MA in Religion and the Arts in 1973.

And she received the Medallion from the City of Marseilles, France, for a seminar she team-taught with Kathie Fong Yoneda.

She received the Living Legacy Award, which is the beautiful mermaid necklace in the foreground of the photo of all the awards above, from the Moondance International Film Festival for her support of women in the film industry. 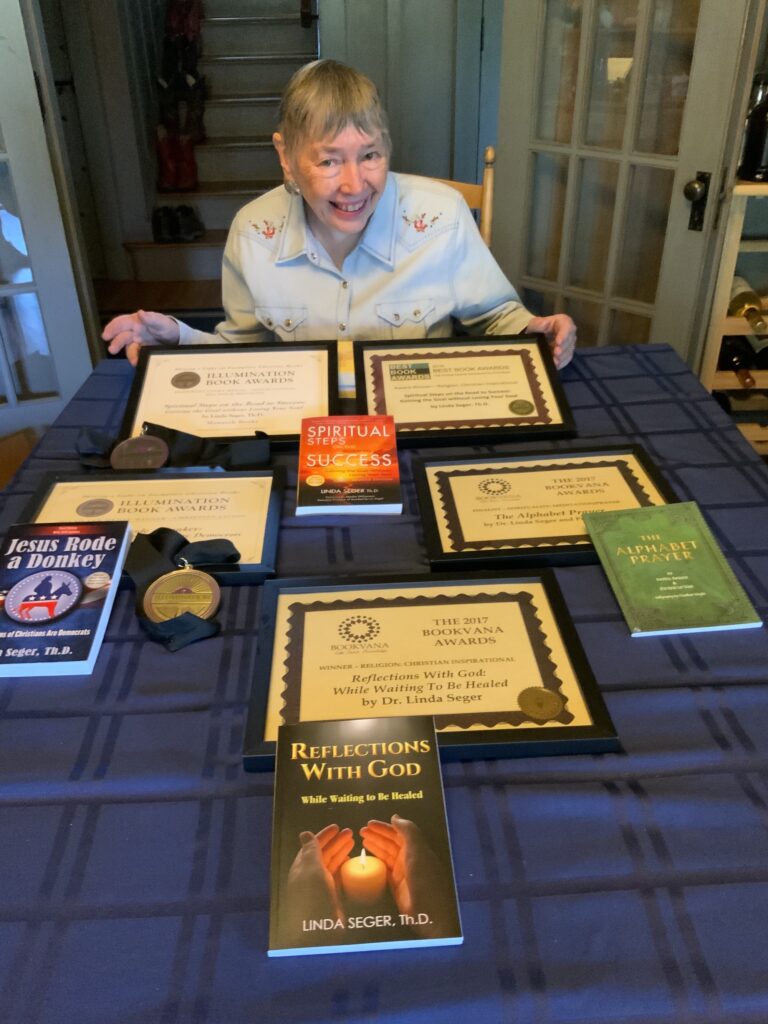 God’s Part In Our Art is an Award Winning Finalist in the “Nonfiction: Creative” category of the 2021 Best Book Awards sponsored by American Book Fest

Reflections with God while Waiting to be Healed was the winner in 2017 for the Bookvana Book Award under Religion: Christian Inspirational.

The Alphabet Prayer by Linda Seger and her husband Peter Le Var was a finalist in the 2017 Bookvana Awards under the category of Spirituality: Meditation/Prayer.