I am very honored to share with you that I recently entered a short story contest with Plaid For Women entitled, “Who’s a Great Woman in Your Life?” I wrote a short story about my sister, Holly, and titled it ~ The Night She Stared Old Irma Down. The story was chosen as one of the winners they published in an online magazine for their upcoming event, An Evening with Great Women. Here is a link to the article below. 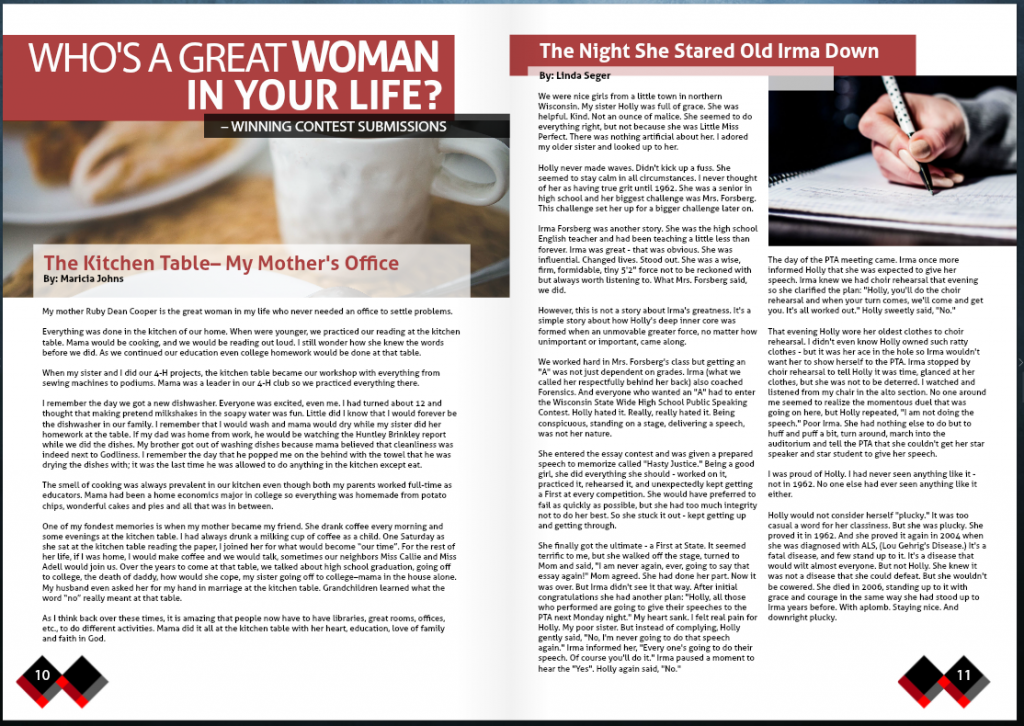 How I Write Short Stories

When I was in high school, and sometimes in college, I wrote many short stories. About a year and a half ago, I had an idea for a short story, wrote it, and then other ideas began to flood into my mind and I wrote them as well. I found that it was fun for me to write fiction (having worked on other people’s fiction for 35 years) and it was fun for me to go through the fiction writing process, which is somewhat different from writing nonfiction books. I got feed-back, even worked with a consultant to help me stretch more. I submitted one for a contest and won, and have submitted another to several contests. I haven’t won anything yet on that one – but keep submitting it and honing it. Soon, I want to go back to a few others. My short stories, other than the one about my sister, are written in first person and all have the same character. It isn’t me (although some readers wondered if the stories were true) but they are all based on incidents that happened to me when I traveled, but the incident was merely an incident. I then expanded on the incident to create a story.

I am enjoying this process partly because my mother entered a short story contest in Wisconsin many years ago when she got bored and saw an ad for a contest. My mother had never written a short story in her life, but wrote it, submitted it, and also sent it to me. My heart sank when I received it since I almost presumed it wasn’t very good and I’d have to comment on it. But, I read it, and it was terrific! It placed 12th out of 20 awards among 300 entries. She went to a dinner in their honor, and was very excited about being a winner.

Here is the full text of the story about Holly. I hope you enjoy it!

THE NIGHT SHE STARED OLD IRMA DOWN by Linda Seger
We were nice girls from a little town in northern Wisconsin. My sister Holly was full of grace. She was helpful. Kind. Not an ounce of malice. She seemed to do everything right, but not because she was Little Miss Perfect. There was nothing artificial about her. I adored my older sister and looked up to her.

Holly never made waves. Didn’t kick up a fuss. She seemed to stay calm in all circumstances. I never thought of her as having true grit until 1962. She was a senior in high school and her biggest challenge was Mrs. Forsberg. This challenge set her up for a bigger challenge later on.

Nothing on the surface seemed to suggest her to be more than just a good person who was well liked, respected, and went about life without much resistance.

Irma Forsberg was another story. She was the high school English teacher and had been teaching a little less than forever. Irma was great – that was obvious. She was influential. Changed lives. Stood out. She was a wise, firm, formidable, tiny 5’2″ force not to be reckoned with but always worth listening to. What Mrs. Forsberg said, we did.

However, this is not a story about Irma’s greatness. It’s a simple story about how Holly’s deep inner core was formed when an unmovable greater force, no matter how unimportant or important, came along.

We worked hard in Mrs. Forsberg’s class but getting an “A” was not just dependent on grades. Irma (what we called her respectfully behind her back) also coached Forensics. And everyone who wanted an “A” had to enter the Wisconsin State Wide High School Public Speaking Contest. There were categories of drama or essays. This was fine with me – I was the more dramatic one and loved declaiming. But Holly hated it. Really, really hated it. Being conspicuous, standing on a stage, delivering a speech, was not her nature.

She entered the essay contest and was given a prepared speech to memorize called “Hasty Justice.” Being a good girl, she did everything she should – worked on it, practiced it, rehearsed it, and unexpectedly kept getting a First at every competition. She would have preferred to fail as quickly as possible, but she had too much integrity not to do her best. So she stuck it out – kept getting up and getting through.

She got the first at the local level, then two Regional competitions. She finally got the ultimate – a First at State. It seemed terrific to me, but she walked off the stage, turned to Mom and said, “I am never again, ever, going to say that essay again!” Mom agreed. She had done her part. Now it was over.

But Irma didn’t see it that way. After initial congratulations she had another plan: “Holly, all those who performed are going to give their speeches to the PTA next Monday night.” My heart sank. I felt real pain for Holly. My poor sister. But instead of complying, Holly gently said, “No, I’m never going to do that speech again.” Irma informed her, “Every one’s going to do their speech. Of course you’ll do it.” Irma paused a moment to hear the “Yes”. Holly again said, “No.”

Irma would have none of it. She quickly scurried from her high school English classroom to my Mother’s classroom, where my Mom taught kindergarten at the other end of the K-12 school building. Irma figured that Mom would agree and tell Holly what to do. But Mom sided with Holly. “Irma, this was not something Holly enjoyed. She just doesn’t want to do it again.” Now, there were two against Irma, and nobody, absolutely nobody had ever stood up to Irma before.

I watched, fascinated. Who was going to win? It was so contrary to Holly’s nature to ever resist. She didn’t do anything to excess. She was honestly, truthfully, thoroughly nice.

The day of the PTA meeting came. Irma once more informed Holly that she was expected to give her speech. Irma knew we had choir rehearsal that evening so she clarified the plan: “Holly, you’ll do the choir rehearsal and when your turn comes, we’ll come and get you. It’s all worked out.” Holly sweetly said, “No.”

That evening Holly wore her oldest clothes to choir rehearsal. I didn’t even know Holly owned such ratty clothes – but it was her ace in the hole so Irma wouldn’t want her to show herself to the PTA. Irma stopped by choir rehearsal to tell Holly it was time, glanced at her clothes, but she was not to be deterred. I watched and listened from my chair in the alto section. No one around me seemed to realize the momentous duel that was going on here, but Holly repeated, “I am not doing the speech.” Poor Irma. She had nothing else to do but to huff and puff a bit, turn around, march into the auditorium and tell the PTA that she couldn’t get her star speaker and star student to give her speech.

Holly would not consider herself ‘plucky.’ It was too casual a word for her classiness. But she was plucky. She proved it in 1962. And she proved it again in 2004 when she was diagnosed with ALS, (Lou Gehrig’s Disease.) It’s a fatal disease, and few stand up to it. It’s a disease that would wilt almost everyone. But not Holly. She knew it was not a disease that she could defeat. But she wouldn’t be cowered. She died in 2006, standing up to it with grace and courage in the same way she had stood up to Irma years before. With aplomb. Staying nice. And downright plucky.

Linda Seger as an infant, held by her sister Holly 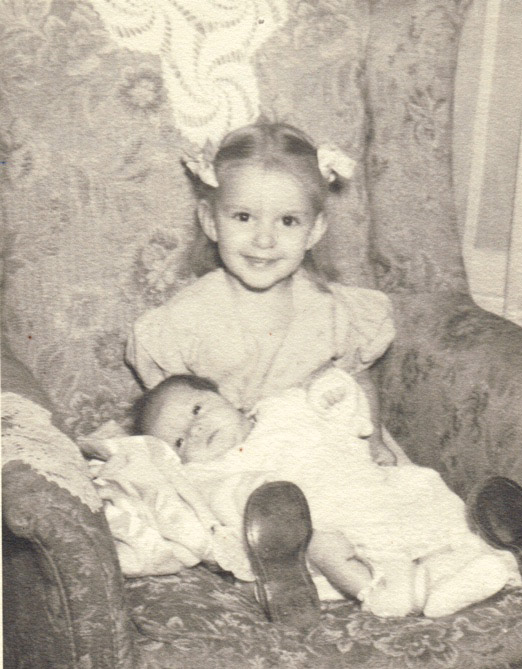 From L to R: Linda Seger’s sister Holly, Linda and a friend as children 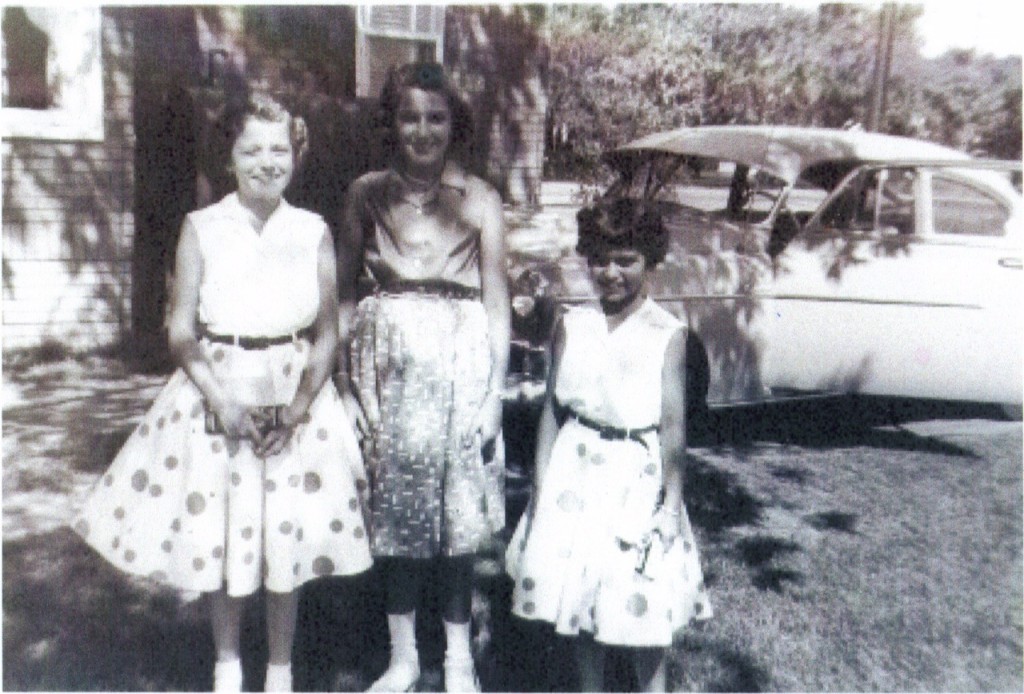 From L to R: Holly, Jody, Bonnie and Linda Seger as children 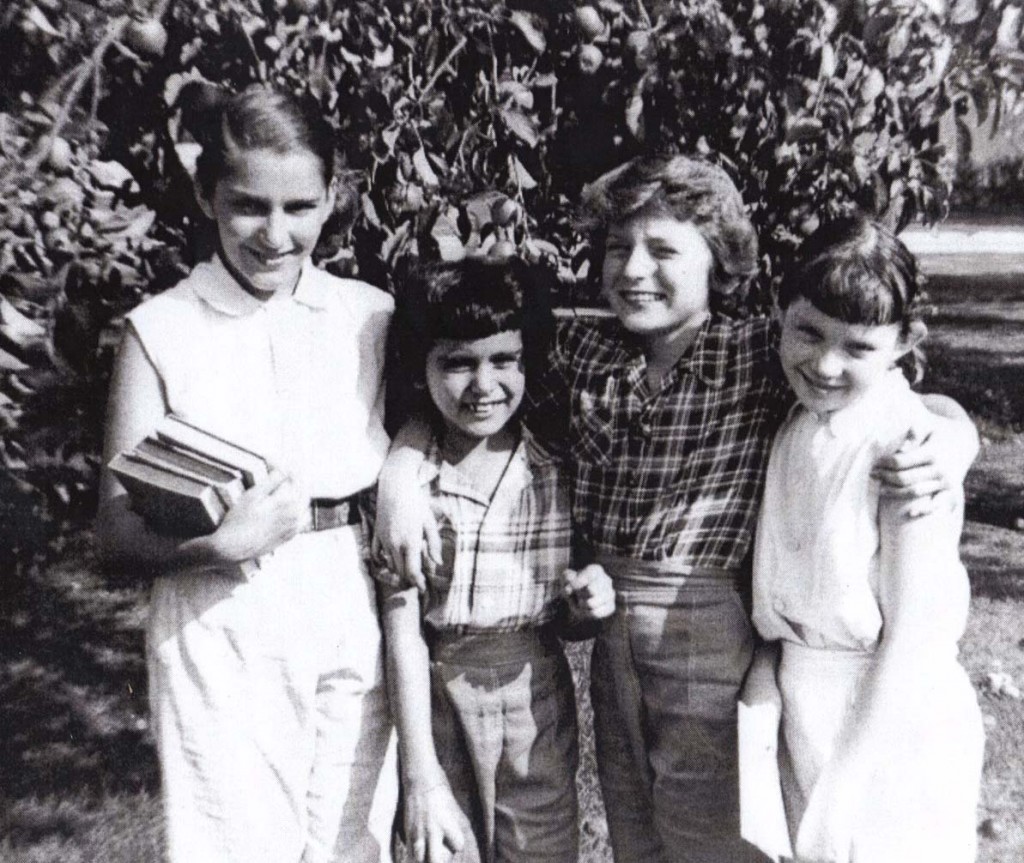 Holly at her daughter’s wedding 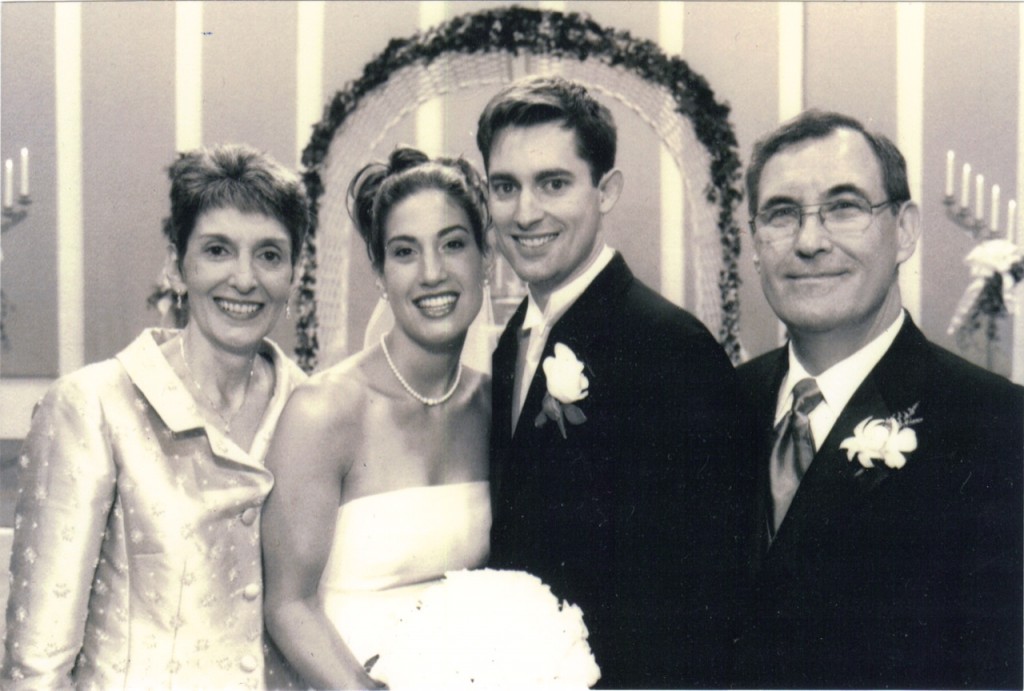